Avoid these common errors in the field 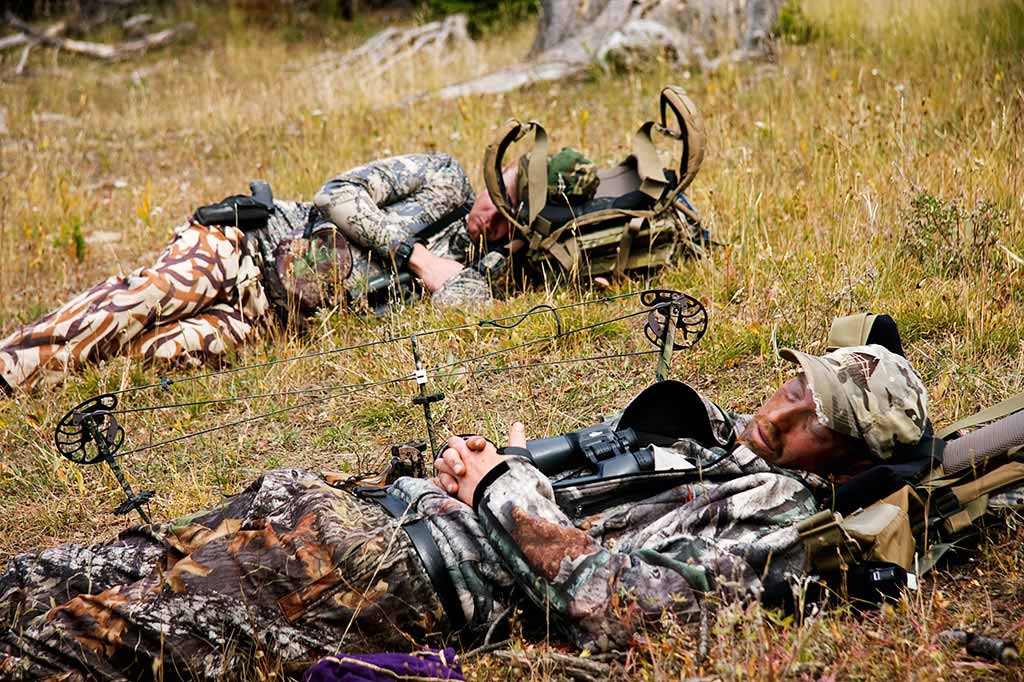 The sheer difficulty of hunting elk is what makes them arguably the most coveted trophy animal on the North American continent. Harvesting a bull elk is a status symbol, a badge of courage for many archery hunters throughout the west. And just as the majestic species itself is a sight to behold, perhaps their greatest attribute is their uncanny ability to give hunters the slip time and again, one way or another. Here are the most common mistakes elk hunters make, and how to avoid missing a once in a lifetime opportunity.

One of the most universal mistakes elk hunters make is not listening to the direction of their guide, says Ryan Plumb, owner of Sudden Impact Outfitters in Maybell, Colorado. Plumb’s been guiding elk and mule deer hunters for nearly thirty years, and he’s seen his share of hunters who think they know more than their guide.

“A person goes on a guided hunt basically for that privilege of gleaning the expertise from whoever is guiding you,” he said. “Listen to your outfitter. Listen to your guide. They live with these animals. If they’ve done their homework correctly, and your guide or your outfitter has paid attention to the animals all year long, he knows exactly what they’re going to do and how they’re going to react.”

Without hesitation, Joseph Graham of Ruidoso, New Mexico says movement is what will ruin a calling setup. Graham has guided elk hunters for over twenty years – long enough to see one of the most devastating and easily avoidable mistakes. 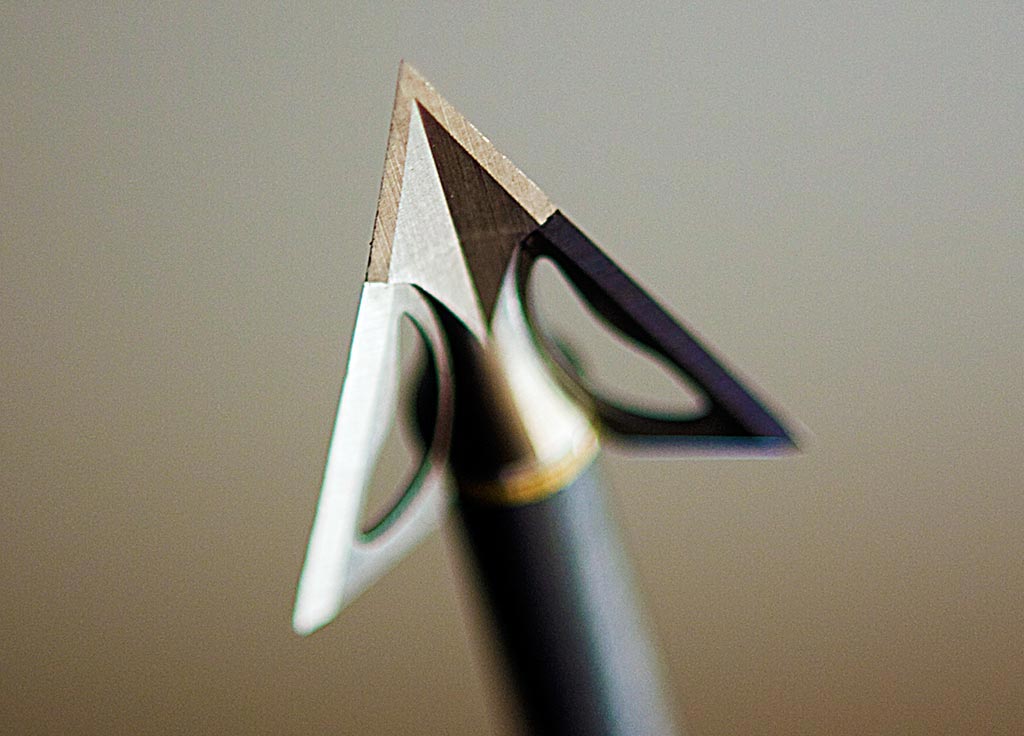 PLUMB: “I’ve seen a lot of these guides and a lot of outfitters that put their calls away even when the rut is over going into rifle season. Bad deal – you need to hang onto those. We’ve killed a lot of good bulls during the third rifle hunt out here with snow on the ground, the rut well over for a long time, and we still are able to call in a few bulls.”

“Worst case scenario if you blow a bull out of an area and he’s running to get away from you, him or a group, I don’t care what you’re doing if you can throw a few cow or calf calls out there, that whole group will stop and turn around and look. And if you don’t have that call with you, you just kind of have to watch them run.”

GRAHAM: “We’re going through the woods, and you call and all of a sudden the bull is like right there. And they’re talking and it’s like ‘Just Shut UP!’ We don’t have a choice but to set up and get ready.”

GRAHAM: “You need that decoy way behind you where they can just get a glimpse of it, but you definitely don’t want it anywhere around you. Because guess what that elk is looking at? He’s looking at that decoy, and guess where you’re at - you’re right beside it. Get it away from you and get it behind you.”

Its easy to become dehydrated when hunting elk in the field – you’re at elevation and you’re on the move and losing fluids. While a CamelBak-type water bladder may fit more conveniently in the hunting back, Graham switched to bottles as a better way to ration water: “I know how much water I’ve got, and how much I can or can’t drink depending on how far I’ve got to go.”

PLUMB:
“Their overall gear is very important. Especially when they’re coming to the Rockies to hunt from one of these other states where they don’t have climate changes like we do. One day it could be 85 degrees and that night it could drop down below 30 and be freezing.”

“If its real cold in the morning and its going to get hot during the day, dress in layers where you can peel it off and either put it in a small pack that you’re carrying with you or if you’re in an area where there is private property a lot of times we just leave stuff by the trails and we’ll pick it up on the way back by.” 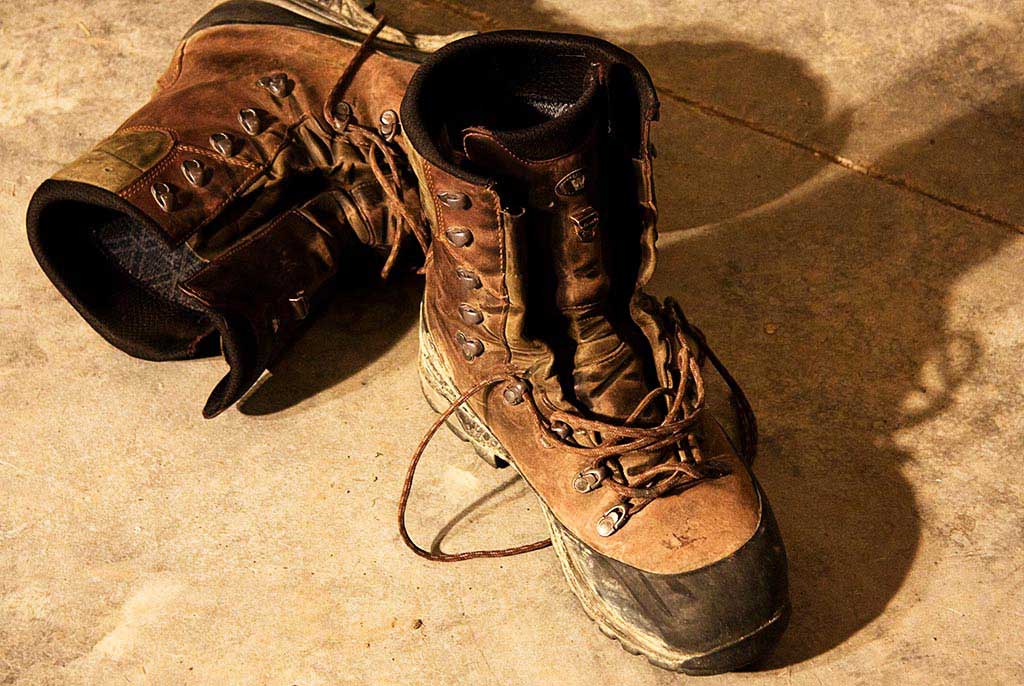 PLUMB: “Don’t buy a new pair of boots to come and hunt with the first time. Wear them at home, rough them up, get them broke in.”

GRAHAM: “Get them boots and lets work out with them on your feet. You don’t want to spend five or ten thousand dollars on a hunt and then show up with a pair of $50 boots. I’ve seen blisters the size of silver dollars on peoples heels.”