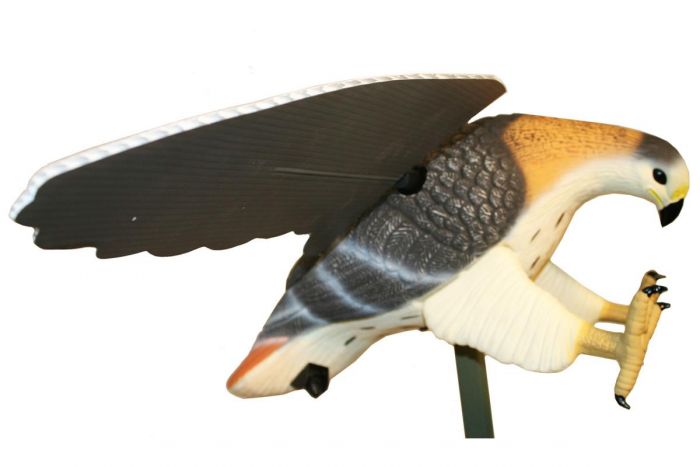 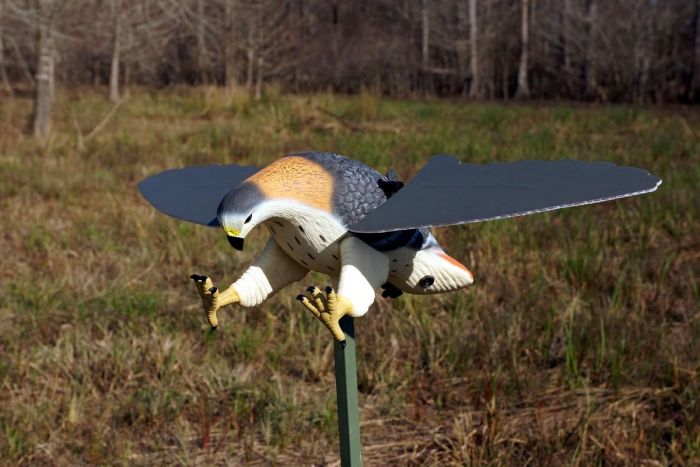 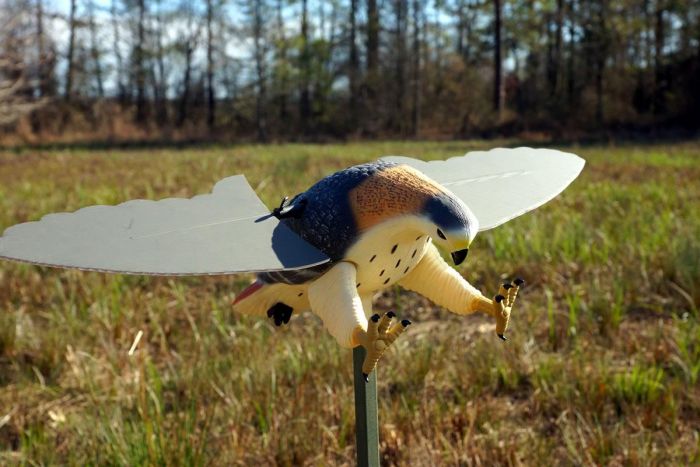 The MOJO Hawk predator hunting decoy was developed to add another dimension to predator calling.

It is used by placing the hawk above a wounded prey decoy and an electronic caller to give the predator the sense that a bird of prey has either wounded or found a wounded prey and is about to make off with it and if the predator wants the easy meal, he needs to rush in. Predators, especially coyotes, have a tendency to hang up a couple of hundred yards out, then maybe circle downwind to come in. The wounded prey decoy alone adds realism to the set up, and keeps the focus of the predator on the decoy and off of you, the caller/hunter; especially when the sounds are placed at the decoy. However, it does nothing to give the predator a sense of urgency that prevents him from traveling downwind and getting your scent. This is especially important in heavy cover.

Also, predators are known to watch birds of prey because of their aerial ability to find wounded prey, thus leading them to an easy meal.

The MOJO Hawk is especially designed to simulate a hawk in a fighting mode as if it had wounded or found a wounded prey and adds great realism to the set up.

Game
Predator
Back to top