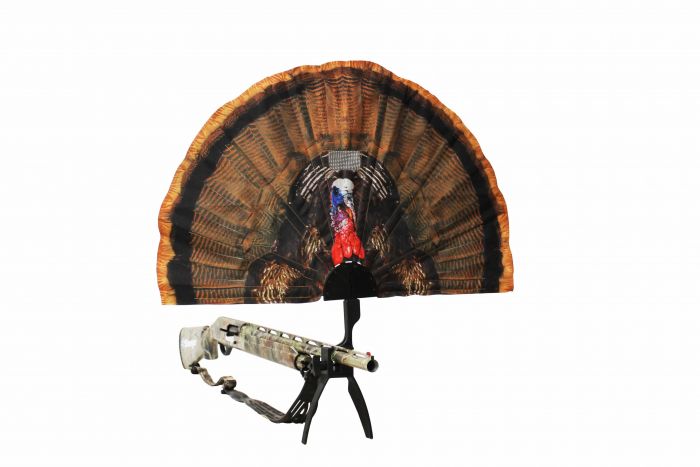 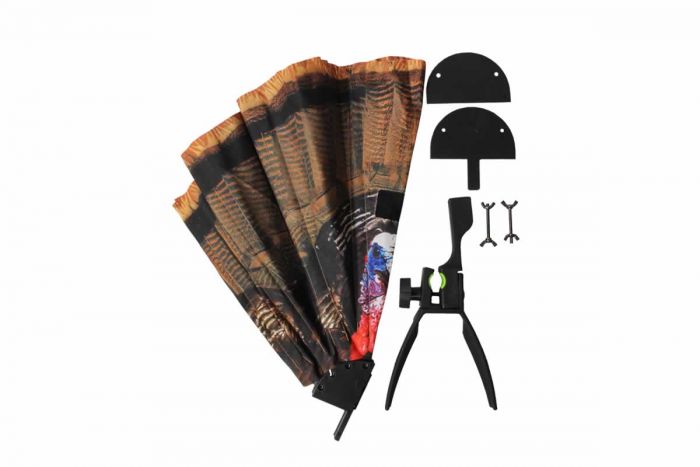 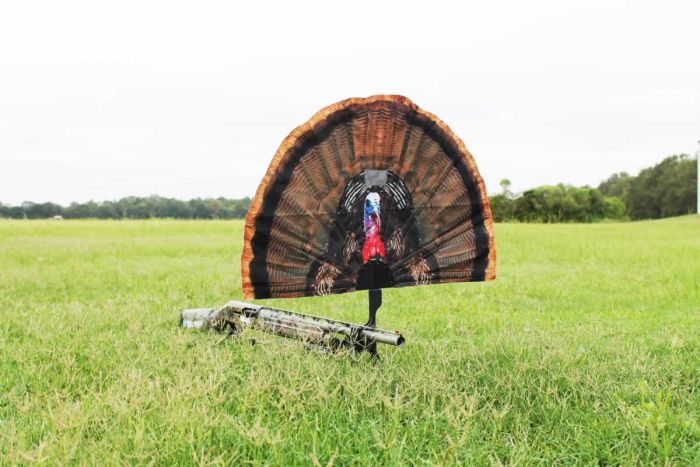 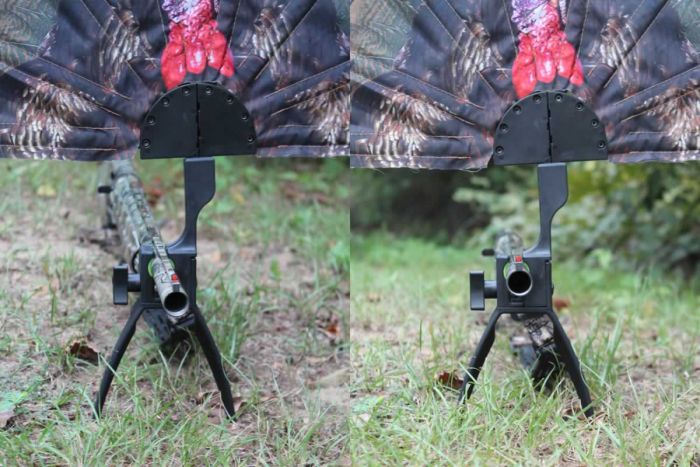 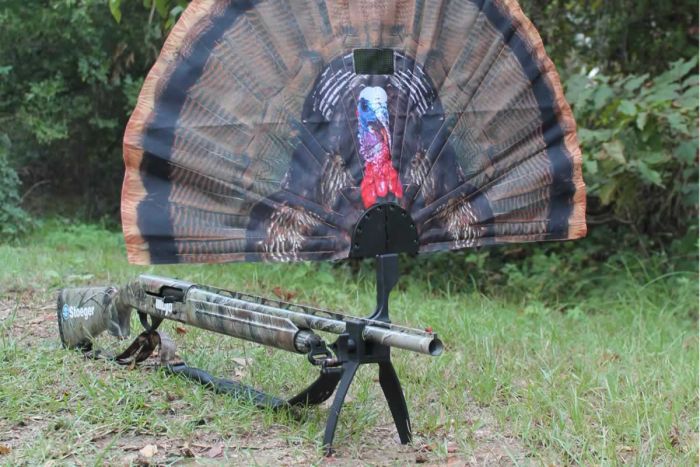 The Tail Chaser was a convenient method whereby the turkey fan (decoy) was attached to the shotgun barrel. The new Tail Chaser Max contains the basic original barrel clamp and support legs which allows the hunter to set the shotgun on the ground while it remains erect and to remain hidden behind it without holding the gun. Improvements in the Max version include an oversize fan to better hide the hunter with a gobbler head for added realism, comes with a redesigned hub to allow both the artificial fan furnished with the decoy along with a special hub that allows use of a real fan.

The hub mounting system has been redesigned to provide for more sight picture down the barrel and the use of optical sights.

Scoot and Shoot style of turkey hunting is not only the most exciting but adds a dimension to turkey hunting as it works best after the first few hours of daylight, after the gobblers are henned up, or grouped up in open spaces. So when calling is falling off later in the day, look for gobblers in the open and Scoot and Shoot them with the Tail Chaser Max.

Once you experience how turkeys behave when your face is behind a turkey fan, it becomes easy to see why you should never hunt without this fan on your gun barrel even when calling.

Game
Turkey
Back to top