This Hawk Helium Saddle Kit was my introduction to saddle hunting. It was also the cheapest way to get in a saddle to hunt. The saddle itself seemed to be made well, but the bridge began to unbed after the first sit. The ropes, carabiners, and bridge just aren't made of good-quality material. I've replaced those items. If I would've bought a saddle from a different manufacturer I would've spent about the same amount of money, but I don't believe that I would have had to replace parts so soon. 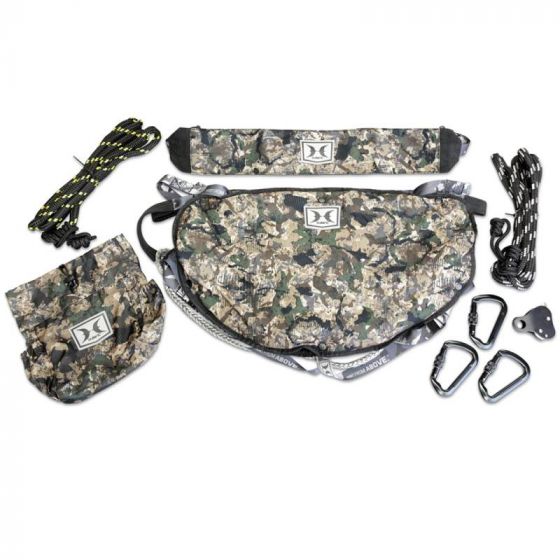 Hawk Hunting
Kirt rated this gear with 2 Stars
SAY Thanks
Share Review
Report
Be the first to comment!
Sign in to comment
Back to top
Explore
Shop
Gear Reviews
Hunts By Region
Hunts By Species
Fishing by Region
Fishing by Species
Content
Hunting & Fishing Blog
Hunting Videos
Resources
Obtain a Hunting License
Guides & Outfitters Associations
Community
Brag a Hunting or Fishing Photo
Create a post on the Community feed
Ask a Question
Guidefitter Photo Contest
Services for Pros
Insiders
Save Money on Gear
Invite an Insider
Create Outfitter Page
Outfitter Websites
Promote Your Skills
Services for Brands
Promote Your Pro Program
Advertise In Our Journal
Company
About Us
Company News
Legal
Careers
Contact Guidefitter
Help
Download Our App
Join thousands of fellow adventurers who share your passion for the sport and the outdoors.